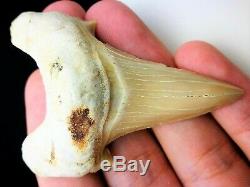 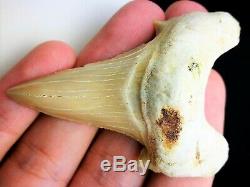 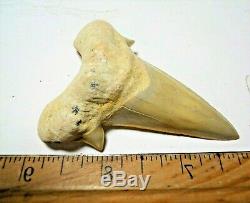 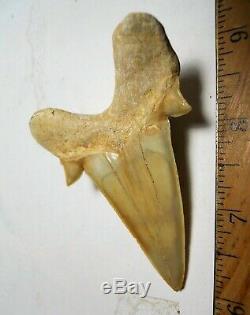 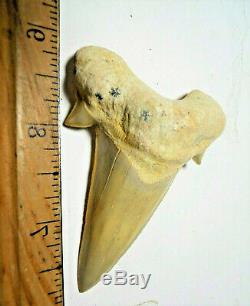 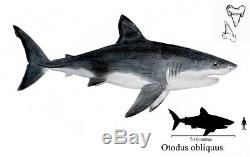 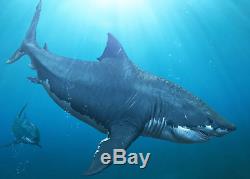 This shark is believed to have existed during the, Eocene, Paleocene, and, Miocene eras. The tooth itself measures about 2.9-3 inches long (7.5cm) long and may differ slightly from what is pictured in the photos. Since the skeletons of sharks are composed of biodegradable cartilage rather than longer-lasting bone, often times the only fossil evidence of prehistoric species consists of teeth (sharks grow and shed thousands of teeth during their lifetimes, which is why they're so abundant in the fossil record). That's the case with the early Cenozoic Otodus, whose huge (three or four inches long), sharp, triangular teeth point to a full-grown adult size of up to 30 feet, though we know frustratingly little else about this prehistoric shark, other than that it likely fed on prehistoric whales, other, smaller sharks, and the abundant prehistoric fish that lived in the world's oceans 50 million years ago.

Its fossilized teeth aside, Ototodus' greatest claim to fame is that it seems to have been directly ancestral to Megalodon, the 50-foot-long, 50-ton predatory behemoth that ruled the world's oceans right until the cusp of the modern era. This is not to diminish Otodus' own place in the record books; this prehistoric shark was at least one and one-half times as big as the biggest Great White Sharks alive today.

Paleontologists have established this evolutionary link by examining the similarities between these two sharks' teeth; specifically, the teeth of Otodus show early hints of the flesh-ripping serrations that would later characterize the teeth of Megalodon. The item "3 INCH OTODUS TOOTH REAL LARGE SHARK FOSSIL GREAT WHITE MEGALODON EXTINCT RELIC" is in sale since Wednesday, April 17, 2019. This item is in the category "Collectibles\Rocks, Fossils & Minerals\Fossils\Vertebrates\Shark Teeth".

The seller is "the_prime_connection" and is located in Virginia Beach, VA. This item can be shipped worldwide.